There is only one cover: the contemporary cover design of the Bond books

I'm rather a fan of Lee Child's Jack Reacher series. The books are superb page-turners featuring a tough, indestructible hero, and packed full of technical detail and relentless action. (Now, a James Bond novel written by Lee Child is something I'd be very happy to read.)

As I've steadily been making my way through the twenty or so novels, I've noticed that the covers of the later books published in the UK are not too dissimilar from the covers of the 'contemporary' series of Bond novels published by Random House/Vintage in 2012. Both series feature lone heroes with their backs to us and, usually, walking into the distance. Compare, for example, The Spy Who Loved Me and A Wanted Man (Bantam Books, 2012). 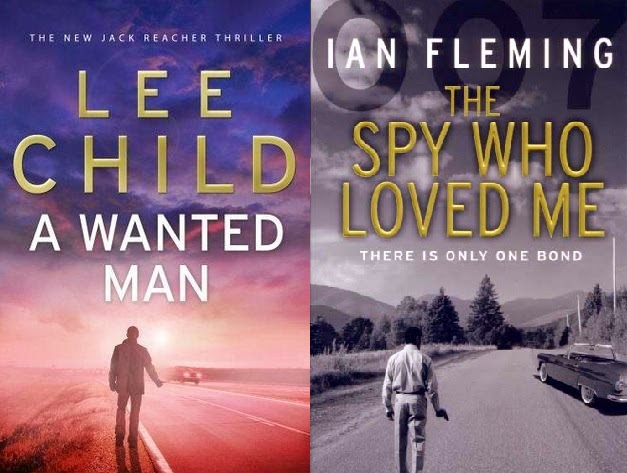 A press release issued by Ian Fleming Publications and Random House/Vintage to mark the publication of their contemporary Bond series (otherwise known as the 'There is only one Bond' series) explained that the covers tapped “into the deeper and more human side of our hero Bond; including his isolation and vulnerability.” Sales director Tom Drake-Lee added, “Our photographic approach appeals to the reader of modern contemporary thrillers and emphasises that not only is there more to Bond than the character in the films, but also that Bond is the original action hero from which so many modern heroes derive.”

The Jack Reacher series could have been just the sort of thriller to which Tom Drake-Lee was referring. By 2012, the photographic-style covers picturing a lone Jack Reacher wandering the varied landscapes of America were well established. The first (not including Bad Luck and Trouble (2007), which showed Reacher within a group of four people) was Nothing to Lose, published in 2008. The next was 61 Hours (2010), followed by Worth Dying For (2010), The Affair (2011), and A Wanted Man (2012). If Random House/Vintage felt that Jack Reacher had been stealing Bond's clothes, then what better way to draw readers to Bond than to imitate the cover style of the Lee Child books, with its implication that if readers like Jack Reacher, they'll love James Bond.

That said, a limited trawl of thrillers and crime novels suggests that the picturing of the lone hero is reasonably common among publishers. Take for example the cover of Charles Cumming's spy thriller, A Foreign Country (HarperCollins, 2012), which shares aspects with the cover of For Your Eyes Only, namely a similar view of Paris and, of course, the lone protagonist. 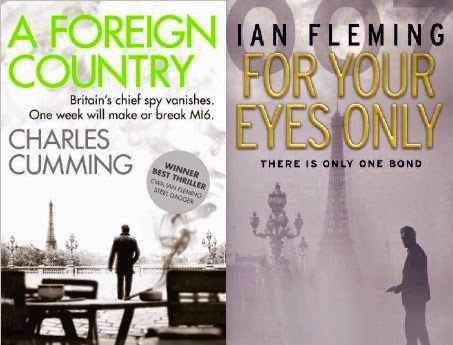 Then there's Mark Billingham's series of crime novels featuring D I Tom Thorne, which also shows the lone hero in the distance and facing away from us in dramatic or iconic settings, for example Scaredy Cat (Sphere, 2008). 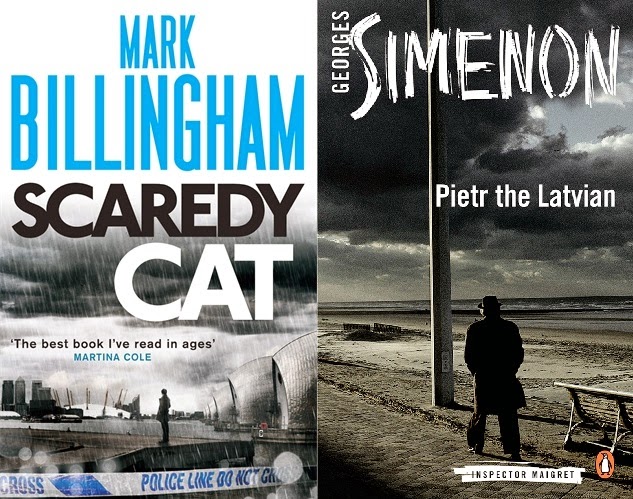 Interestingly, Vintage has not been the only publisher to attempt to bring a classic character up to date through its cover. A set of covers for the series of Maigret novels by Georges Simenon published has included one – Pietr the Latvian (Penguin, 2013) – with the now familiar 'lone-wolf-with-back-turned' motif or meme.

The contemporary series of Bond covers represents the response by the publisher of the Bond books to compete with today's action heroes. It is notable, however, that the 'There is only one Bond' design forms part of a trend of 'lone hero' style covers. The style had by 2012 become so well established in the cultural environment that to an extent the designers' decision to adopt such a style for the Bond series had already been taken for them.
Posted by Edward Biddulph at 22:07